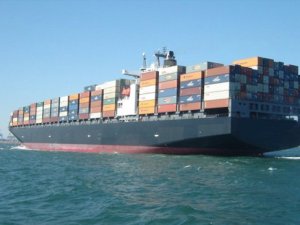 The company is seen with roughly 15 billion yen in black ink for the six months ended Sept. 30 in a dramatic upswing from the year-earlier 23.6 billion yen loss.

Asia sent more freight to North America and Europe, filling Nippon Yusen vessels at over 90% capacity. Routes connecting Europe with China and Southeast Asia were especially busy. Exports of Chinese and Southeast Asian autoparts and machinery rose, while Europe sent more of such items as wine and cheese to Asia.

Profit margin also improved with the broader deployment of an order management system that helps the company decide whether to accept sea-only shipping orders or orders also incorporating land routes. During busy shipping periods, for example, sea-only shipping orders are more profitable to accept than orders that combine land and sea transport.
The system was introduced three years ago but was not commonplace in Nippon Yusen workspaces until the April-September half.

Thanks to the system, profit margin has apparently jumped higher than anticipated. The container vessel business was projected to generate a 9 billion yen segment profit, up from the year-earlier 15.3 billion yen loss. But now, the operation may have turned a profit of around 10 billion yen.

Earnings at domestic competitors are seen improving as well. Mitsui O.S.K. Lines’ first-half pretax profit likely jumped 2.9 times on the year to some 16 billion yen, in line with its projection. Kawasaki Kisen apparently swung from a year-earlier loss to a profit just shy of the 10 billion yen guidance.