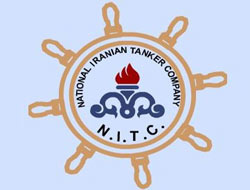 The VLCC will cost NITC $128 million. Delivery is slated as early as August. NITC has been quoted saying that it has ordered 16 other oil tankers to join its current fleet of 45 by 2011. NITC is the transportation arm of the National Iranian Oil Company but it also employs its tankers out for charter on the open market.
This latest acquisition is proving previous assertions by the state-owned operator that its long-term fleet expansion plans will not be affected by fears of an economic downturn.

?We have seen years and years of bad times, even worse than the current crisis, and I assure you that any downturn is only temporary,? Chairman and CEO Mohammad Souri told Tankerworld last October.

?The stock market will recover again definitely, along with the other markets that have suffered a meltdown. Even if we are in recession, it is not going to be forever,? he said then. According to Souri, ?shipping is robust?, and a downturn also lowers oil prices, which in turn ?is good for shipping on the whole, while poorer countries can afford to buy more oil.?

Souri said he expected ship prices to fall significantly and that many newbuild orders would be cancelled or face non-delivery from troubled yards. According to him, the falling price of ships would benefit companies healthy enough to ride out the downturn.

Souri also told Tankerworld that NITC plans to have 50 supertankers by 2012. NITC plans to boost its fleet capacity to 14.11 million tonnes by 2011, Souri was quoted saying in August. ?In five years, NITC will become the third largest supertanker operator in the world,? he said then.

This news is a total 4828 time has been read