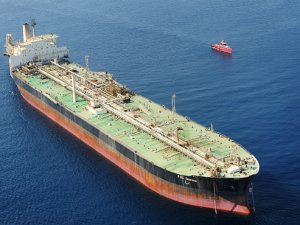 The National Iranian Tanker Company (NITC) is facing blacklisting again by the European Union as it has failed in its legal attempt to convince a London Court to prevent the EU from reimposing sanctions.

The sanctions had been imposed in 2012 over Iran’s nuclear programme, and banned any trade between NITC and the EU, including insurance and banking.

NITC contested the blacklisting arguing that the company is privately owned by Iranian pension funds, and affiliated neither with the Iranian Government, nor with the Revolutionary Guards.

As a result, the EU lifted the sanctions against Iran’s largest oil tanker company in October 2014, after there was no appeal by the EU to the General Court’s ruling against the EU’s blacklisting designation of the company.

However, as the EU announced plans to put back NITC on its blacklist, despite the ruling, NITC went to London’s High Court in an attempt to get an injunction and eventually prompt the UK to veto the EU’s decision.

Nevertheless, London’s High Court rejected on Monday NITC’s appeal, saying that the EU governments were due imminently to re-include NITC on a blacklist of people and entities targeted by the sanctions, Reuters reported.

High Court Judge Nicholas Green said that the veto could not be given as it would damage London’s credibility on the nuclear issue, Reuters informed.

The company is still blacklisted by the United States.