NITC targeted in latest US sanctions against Iran 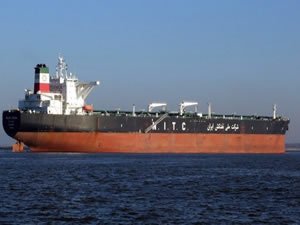 The Office of Foreign Assets Control (OFAC) of the US Treasury Department has blacklisted the Iranian Ministry of Petroleum, the National Iranian Oil Company (NIOC), the National Iranian Tanker Company (NITC) as well as several leaders of these entities including petroleum minister Bijan Zanganeh and NITC managing director Nasrollah Sardashti for their alleged financial support to Iran’s Islamic Revolutionary Guard Corps-Qods Force (IRGC-QF).

VLCCs Longbow Lake and Wu Xian were also blacklisted due to their link to NIOC.

“The regime in Iran uses the petroleum sector to fund the destabilizing activities of the IRGC-QF.

The Iranian regime continues to prioritize its support for terrorist entities and its nuclear program over the needs of the Iranian people,” said treasury secretary Steven Mnuchin.

This news is a total 2108 time has been read
Tags: NITC targeted in latest US sanctions against Iran