No oil price cut in Asia 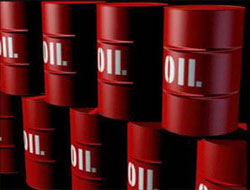 While their resolve may erode if prices - now hovering at near their lowest in 13 months - fall much much further below $80 a barrel, China, India and Indonesia seem content to stand pat for now, with earlier inflationary pressures having ebbed and state refiners in the black for the first time in years.

For analysts looking to China and India to generate four-fifths of the world's demand growth next year, the prospect that fuel prices will remain relatively higher may be one more reason to bet against a renewed surge towards $150.

"Right now around $80 we seem to be at a sweet spot that many can live with," said Jeff Brown, managing director for consultancy FACTS Global Energy.

"China won't necessarily reduce prices outright but they might go back to a market link," he added, referring to the country's long-stated desire to once again allow prices to match global rates rather than setting them centrally.

For the first time in years, many Chinese drivers are now paying more for their gasoline than those in the United States, where average retail pump rates plunged by a record nearly 10 per cent over the last week to $3.15 a gallon.

While the suggestion of a cut has been floated in local media recently, officials have good reason to resist.

State-owned refiners in China and India are finally turning a profit, or nearly so, after years of living off fickle government hand-outs to offset the cost of selling cheap fuel.

In India, with the depreciation of the rupee, the break-even crude oil price for refiners is $61 a barrel based on import costs, about $10 below current costs, and refiners such as Indian Oil Corp, hobbled with a debt burden that has doubled to $20 billion since April, would fiercely resist any price curbs.

Indonesia will not cut prices so long as the average for this year remains above its budgeted $95 a barrel, a mines and energy ministry official said. The rate so far is still $108.

A few in Asia have already caved

Malaysia, a small consumer that produces all of its own fuel, cut prices on Tuesday for the third time since it hiked them dramatically in June; Vietnam, the region's second-biggest importer, has also cut prices and is rumoured to do so again.

And to be sure, officials could find reasons to justify a cut, if they were looking.

This news is a total 677 time has been read