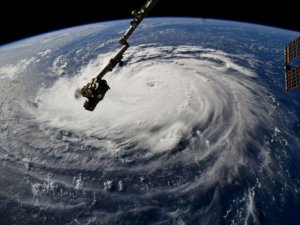 As the United States looks towards reopening, weather forecasters say conditions are ripe for an above-normal Atlantic hurricane season in 2020.

The Atlantic hurricane season runs from June 1 through November 30.

The Climate Prediction Center, a division of the National Weather Service, is forecasting a likely range of 13 to 19 named storms with 6 to 10 could become hurricanes, including 3 to 6 major hurricanes (> CAT 3).

NOAA notes an average hurricane season produces 12 named storms, of which 6 become hurricanes, including 3 major hurricanes. NOAA provides its ranges with a 70% confidence.

“As Americans focus their attention on a safe and healthy reopening of our country, it remains critically important that we also remember to make the necessary preparations for the upcoming hurricane season,” said Secretary of Commerce Wilbur Ross.

Several climate factors are said to be contributing to above-normal activity this year including no El Nino and warmer-than-average sea surface temperatures, as well as reduced vertical wind shear, weaker tropical Atlantic trade winds, and an enhanced west African monsoon. Similar conditions have been producing more active seasons since the current high-activity era began in 1995.

“NOAA’s analysis of current and seasonal atmospheric conditions reveals a recipe for an active Atlantic hurricane season this year,” said Neil Jacobs, Ph.D., acting NOAA administrator. “Our skilled forecasters, coupled with upgrades to our computer models and observing technologies, will provide accurate and timely forecasts to protect life and property.”

This news is a total 249 time has been read
Tags: hurricane season, noaa