Norden Aims to Return to Profit in 2017 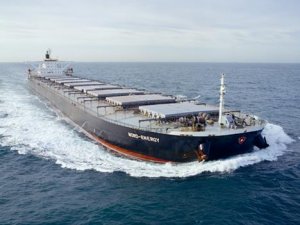 As 2016 was a particularly difficult year for the shipping industry, Danish shipping company Dampskibsselskabet Norden A/S said that its adjusted results for the year amounted to a loss of USD 35 million.

Norden added that the results are in line with the latest expectations, as the company generated earnings in dry cargo and tankers which were 19% and 7% above the market, respectively.

From the historical low in February, the dry cargo market gradually improved, while the markets within Norden’s product tankers business started the year with good rates that dropped considerably as more product tankers were delivered, and demand growth declined.

“In general, the markets developed as expected in 2016, and Norden positioned itself towards them also on the long term through a number of initiatives,” Jan Rindbo, CEO of Norden, said.

The company has focused and optimised the fleet, increased operator activities in dry cargo and reduced annual fleet operating costs by USD 15 million. This has not prevented a loss in 2016, “but it plays a part in creating the foundation for the fact that the midpoint of our expectations for 2017 indicates a profit.”

“In 2017, in dry cargo we will focus on taking advantage of expected improved markets and strengthening our operator activities, while in tankers we are focusing on positioning ourselves towards possible market improvements after 2017,” Rindbo said.

Against that background, Norden expects its adjusted annual results for 2017 to be in the range of USD -20 million to USD 40 million.

This news is a total 907 time has been read
Tags: Norden Aims to Return to Profit in 2017