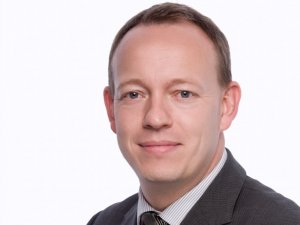 At his latest quarterly results, Jan Rindbo, CEO of Denmark’s Norden, was honest, saying the $12m loss over the three-month period was “unacceptable”.

Rindbo has been at the Danish bulker and tanker outfit since the summer of 2015, having previously worked at Hong Kong’s Pacific Basin for 13 years.

Since coming onboard he has moved to radically alter the fleet mix at Norden whereby larger bulker carriers have been offloaded to focus instead on supramaxes and panamaxes. On the tanker side too the company has been busy shuffling assets, most recently at the end of August when it sold a 10-year-old product tanker for $14m.

The Dane is naturally cautious in today’s troubled markets but tells Maritime CEO he is confident the company is moving in the right direction in terms of what it specialises in.

On the dry bulk side Rindbo says he is now seeing better quarters, with February marking the low point and a gradual improvement since then.

To handle this changed market environment Rindbo explains Norden has increased the operating side of the business whereby ships are now being taken on the shorter side of contracts.

Norden has sold almost all its large bulkers, now determined to concentrate on supramaxes and kamsarmaxes. Adding more bulker tonnage just now is not on the cards, Rindbo says.

“We are always looking at more tonnage but feel 2017 has a large headwind so we have not been rushing to buy more as we see many newbuilds coming.”

As far as the tanker side of the business goes, Rindbo says Norden has been preparing for a weaker market for many months, hence the decision to sell two tankers this year as well as focus on building up cover for 2017.

“We had been preparing for a weaker tanker market,” Rindbo says, then admitting: “It came a quarter earlier than predicted and was more severe than we have predicted.” The reason for the caution on tankers, he explains, is the volume of newbuilds delivering, which, he says, will create a temporary overcapacity.

Despite the difficulties posed by market conditions there have been some standout moments for Norden this year, not least the news this August that the Danish company had clinched one of its largest shipping contracts in its 145-year history. It has concluded a deal with Enviva to ship 11m tons of wood pellets from the US to Europe over a 15-year period. The pellets will be used by power firms as fuel. For Rindbo and his team it is deals like this that fire optimism amidst a tricky environment.

This news is a total 1455 time has been read
Tags: Norden: Fleet rejig