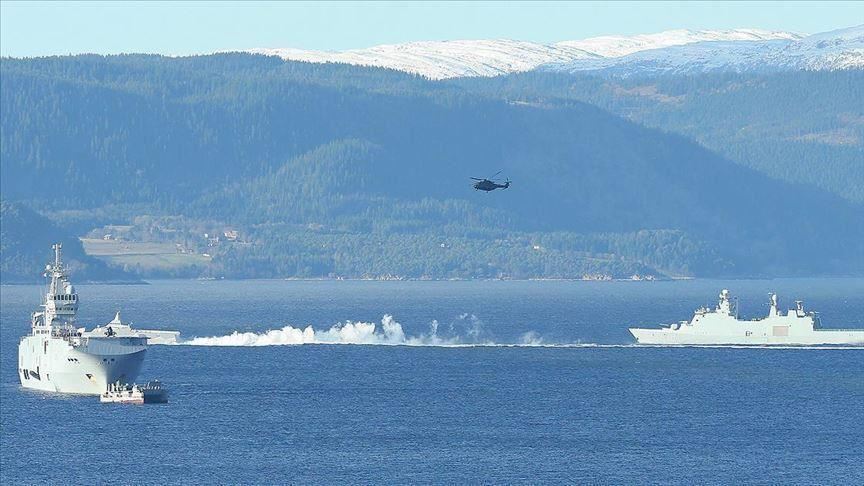 Over 40 ships from 18 nations will take part in naval exercise until Sept.19, NATO says in statement

The Northern Coasts naval exercise started on Tuesday in Copenhagen harbor with the participation of more than 40 vessels from 18 countries, NATO announced.

The exercise, which will run until Sept. 19, will take place near the Danish straits connecting the Baltic Sea to the North Sea, as well as between Kiel and Bornholm, NATO said in a statement.

"The Baltic Sea is of vital importance for the Alliance and is bordered by six NATO countries," NATO spokeswoman Oana Lungescu was quoted as saying in the statement.

Lungescu added the security environment in the region has deteriorated after Russia’s illegal annexation of Ukraine’s Crimea in 2014 and its continuing military-build-up.

She said that NATO had responded to Russia’s "aggressive actions" by increasing air and naval patrols in the region and by deploying just over 4,500 troops to Estonia, Latvia, Lithuania, and Poland.

Belgium, Denmark, Germany, Estonia, Finland, France, Italy, Canada, Croatia, Latvia, Lithuania, the Netherlands, Norway, Poland, Sweden, Switzerland, U.K., and the U.S. will participate in the annual exercise, which has been regularly held in the Baltic Sea since 2007.

According to the statement, as part of the exercise scenario, a fictitious regional country raises territorial claims over islands in the Baltic Sea using its naval forces to threaten freedom of navigation.