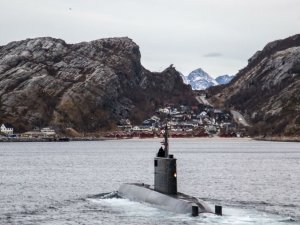 The Norwegian Government has decided on Germany as strategic partner for its new submarines.

The decision involves a broad and long-term Navy-to-Navy cooperation and will include a purchase of identical submarines and cooperation on training, exercises, spare parts, maintenance and lifetime management of the new submarines.

The four submarines will be based on the 212-design already in service in Germany and Italy. Norway has an evolutionary approach to new submarines, and will base the procurement on an existing submarine design to avoid an extensive development project with the risks and costs this would involve.

Norway will now enter into final negotiations with German authorities and German submarine supplier thyssenkrupp Marine Systems (tkMS). tkMS is the largest producer of conventional submarines in Western Europe. The shipyard has long experience with building advanced submarines and a large production capability.

The plan is to sign a common contract for new submarines in 2019. This will enable delivery of new submarines from the mid-2020s to 2030. This timeline ensures a continuous Norwegian submarine capability as the country’s six Ula-class submarines reaches end of life and starts decommissioning.

In a White Paper to the Parliament in 2016, the Norwegian Government underlined the importance of submarines and their role in the future development of the Norwegian navy.

Submarines are amongst the Norwegian Armed Forces’ most important capabilities and are of great significance for the nation’s ability to protect its maritime interests, said the Norwegian Ministry of Defense. “Submarine cooperation with Germany will ensure that Norway gets the submarines we require, and at the same time contributing to smart defense and more efficient defense material cooperation in NATO,” says the Minister of Defence Ine Eriksen Søreide.

The naval base Haakonsvern outside Bergen on the southwest coast will be home port for the new submarines.

Independent of the new agreement, Norway’s work to establish further cooperation with other nations continues. For several years, Norway has worked with the Netherlands and Poland to create a broad submarine cooperation. This work will continue.

This news is a total 1388 time has been read
Tags: Norway Partners With Germany on New Submarines, deniz haber, istanbul haber, aksiyon haber