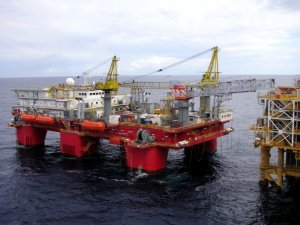 The Norwegian Competition Authority has rejected the proposed mega-merger of accommodation vessel operators Prosafe and Floatel on the grounds that the merger would lead to increased prices through less competition.

A joint statement from the two companies said they were notified on Tuesday in a Statement of Rejection from the NCA.

“Floatel and Prosafe will study the decision in detail and expect to decide on whether to appeal shortly,” the statement said.

The NCA said its review of the transaction determined the merger would lead to increased prices for customers of offshore accommodation services considering the transaction involves two of the largest competitors serving the Norwegian market.

Prosafe and Floatel are currently the only suppliers of modern semi-submersible accommodation vessels on, known as “flotels,” on the Norwegian Continental Shelf, the NCA said.

“Accommodation units offered by other suppliers on the Norwegian continental shelf are not fully comparable to those offered by the parties. Other suppliers are therefore not able to compete for all contracts,” the NCA said in its statement.

Demand for offshore accommodation services has fallen along with oil prices beginning in 2014.

“According to our market investigation, there will be a demand for offshore accommodation services in the coming years. The investigation has not revealed any convincing evidence suggesting that Prosafe and/or Floatel will withdraw from the Norwegian market if the merger is disallowed,” says NCA Deputy Director Marita Skjæveland.

“Our assessment is that the parties will continue to compete for future contracts on the Norwegian continental shelf in absence of the merger,” she added.

Prosafe and Flotael have three weeks to appeal the decision.

The merger between Prosafe and Bermuda-based Floatel was first announced in June 2019 with the aim of “creating a more robust company with improved services and geographical presence, able to sustain a prolonged cyclical downturn and challenging markets for offshore accommodation.”

The combination would create the world’s largest owner and operator of semi-submersible accommodation vessels. Prosafe owns and operates a total of nine vessels, each with a capacity of 300-500 beds, while Floatel’s fleet consists of five units, each with capacity of 440-550 beds. Prosafe also has options for delivery of two newbuilds over the next five years.

In the UK, the Competition and Markets Authority (CMA) has referred the merger to Phase 2.