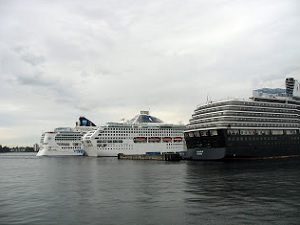 Norway has seen a record number of vessels in the Norwegian International Ship Register (NIS) since 2008.

At the end of January 2018, 600 ships were flying the flag of NIS, according to the Norwegian Maritime Authority. Commenting on the new record, Torbjørn Røe Isaksen, the country’s Minister of Trade and Industry, said that after the ship register managed to reverse the negative trend, more shipowners want to sail under the Norwegian flag. He stressed that this is a result of the country’s maritime policy.

Until 2015, the ship register had been facing a decline. In 2014, there were 522 ships in NIS. Following the implementation of the government’s maritime strategy, a total of 54 ships have been reflagged to NIS since January 2016.

The gross tonnage in the NIS-registered fleet is now over 15 million, an increase of 14.3 percent since 2014. With the increased tonnage, Norway will have a greater impact in international maritime fora. In addition, a fleet growth could create more opportunities for domestic seafarers, Olav Akselsen, Director General of Shipping and Navigation, said.

Norway is the fifth on the list of top ten shipowning nations in the world by value, data from VesselsValue’s latest infographic shows. The value of the Norwegian fleet is USD 42.85 billion and is concentrated mostly in the MODU, tanker and bulker sectors.