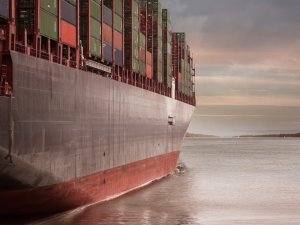 Norway’s wealth fund dumped a series of companies involved in making nuclear weapons and excluded others based on human rights concerns as the $1.1 trillion investor steps up its scrutiny over how corporations behave.

AECOM, BAE Systems, Fluor Corp. and Huntington Ingalls Industries Inc. were excluded “because of their involvement in the production of nuclear weapons,” the central bank, which oversees the fund, said in a statement. An exclusion of Honeywell International Inc. was maintained on this criterion.

The world’s largest wealth fund takes into account ethical rules encompassing human rights, some weapons production, corruption, the environment, coal and tobacco when deciding on its investments. The fund sells its stakes before it announces an exclusion.

It also on Tuesday announced the exclusion of Evergreen Marine Corp. (Taiwan) Ltd., Korea Line Corp., Precious Shipping PCL and Thoresen Thai Agencies PCL based on an “assessment of the risk of severe environmental damage and serious or systematic violations of human rights” while Pan Ocean Co. Ltd was placed under observation based on the same criteria.

Atal SA was excluded “due to unacceptable risk of serious or systematic violations of human rights,” the fund said.

This news is a total 629 time has been read
Tags: Norway Wealth Fund Dumps Shipping Investments, Others on Ethics Grounds