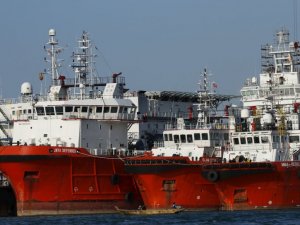 Dozens of exploration rigs and more than 100 service vessels have been mothballed since the plunge in oil prices began in mid-2014, leaving owners unable to repay billions of dollars to banks and bondholders.

“I think there is a chance that for many companies you may have a two-step process,” DNB’s head of lending to large customers, Harald Serck-Hanssen, said on the sidelines of an energy conference.

“Ideally we would have liked to see restructurings taking companies into 2020, but I think in many cases that is not possible to achieve,” he said, adding that the large number of lenders involved added complexity to the process.The first phase will likely see companies through to the second half of 2018 or first half of 2019, and unless markets have recovered they would then need a second phase, Serck-Hanssen said.

But other players could also provide the needed capital injections.“I think it is a combination of Norwegian long-term industrial family money, industry people already in the industry looking to diversify into offshore, and foreign private equity money,” he said adding that he had seen some interest from private equity players.

However, not all companies would be able to restructure their debt and bankruptcies among vessel and rig owners could occur already in 2016, Serck-Hanssen said.“I think next year will be another very tough year. It could be tougher than this year because you have declining contract coverage both on the OSV and rig side.”

On the brighter side, oil service companies outside the OSV and rig segments were performing better than expected, he added.OSV firm Farstad said separately on Tuesday that talks to restructure its $1.4 billion in net interest bearing debt were continuing. Rig firm Seadrill has previously announced similar plans for its debt of some $10 billion. DNB declined to comment on specific cases. (Editing by Terje Solsvik)

This news is a total 16716 time has been read
Tags: Norway’s DNB: Oil Industry Suppliers Face Years of Restructuring, turkıshmaritime