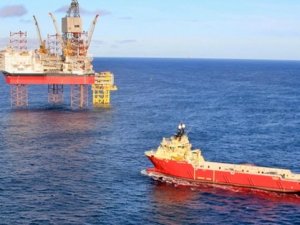 Equinor, Norway’s state-controlled energy company, became the latest to announce an ambitious plan for reducing emissions from its ships and operations as part of the effort to decarbonize the shipping industry.

The company chose the UN’s World Oceans Day to announce its efforts. They highlighted the importance of these efforts highlighting that the maritime sector represents 6 percent of total greenhouse gas emissions in Norway and 2 to 3 percent of global emissions.

For its marine operations, Equinor is targeting by 2030 a 50 percent reduction in emissions in Norway compared to 2005 emission levels and by 2050 achieving a 50 percent reduction in global emissions compared to 2008 levels. It noted that these goals are in line with the goals of the International Maritime Organization (IMO) for global shipping and the goals set by Norwegian authorities.

“As a producer and user of maritime fuel, Equinor has a good opportunity to help decarbonize shipping,” says Irene Rummelhoff, Equinor’s executive vice president for Marketing, Midstream, and Processing (MMP). “From our position on the Norwegian continental shelf (NCS), we will develop new solutions contributing to substantial emission reductions together with the maritime industry in Norway and internationally.”

Among the specific areas the company will be targeting to develop zero-emission fuels will be increasing the share of biofuel in marine fuels. They will also be seeking to develop ammonia and hydrogen from natural gas in combination with carbon capture and storage or by electrolysis of water from renewable power.

“A successful development of zero-emission fuels for the maritime sector will require close collaboration between the industry, shipowners, technology suppliers, international organizations, and authorities. If we succeed, we will achieve a zero-emission shipping industry and contribute to a more sustainable use of the world oceans,” says Kjetil Johnsen, vice president for the shipping, ship technology, and vetting unit.

Equinor reviewed some of its ongoing efforts noting that it has worked systematically on reducing its carbon intensity by developing new types of vessels and using alternative fuels. Equinor highlighted its history in using liquefied natural gas (LNG) as a fuel and noted that during 2021 it will further introduce the large-scale use of liquefied petroleum gas (LPG) as a fuel.

The company has also introduced a new hybrid battery system for 19 supply vessels while also working on the next generation of dual-fuel vessels. In collaboration with the maritime industry, work has also started on developing the world’s first supply vessel to run on zero-emission ammonia.

Starting in 2015, Equinor has gradually renewed its tanker fleet, including the introduction of the latest generation of shuttle tankers running on LNG. These ships can also run on liquid volatile organic compounds (LVOC) combined with LNG. In addition, seven ships, coming into operations in 2021 and 2022 will be used for LPG transport which Equinor believes will help it to achieve a 45 percent reduction in carbon emissions by 2025.

“Equinor will play an important role in developing new zero-emission fuels for ships, such as hydrogen and ammonia, in combination with carbon capture and storage,” continued Rummelhoff. “As a major maritime player and a producer of maritime fuels we can help establish new value chains in the sector, for example by pilot projects together with other players. We see this as an exciting business opportunity that fits the company’s strategy and technological advantages as well as Norway’s role as a laboratory for new maritime technology,”

In May 2020, the Norwegian Shipowners' Association announced its goal of a 50 percent reduction in CO2 emissions by 2030, two decades ahead of the IMO and its target to achieve climate neutrality across the entire fleet by 2050. To achieve this target, Norwegian shipowners pledged to order only zero-emissions vessels after 2030.

The Norwegian Shipowners are also advocating for an international ban on fuel types that are not climate neutral after 2050 saying that this would help ensure fair treatment for all vessels from all flag states, minimizing regulatory loopholes.

This news is a total 610 time has been read
Tags: Norway's Equinor Sets Ambitious Goals for Decarbonization