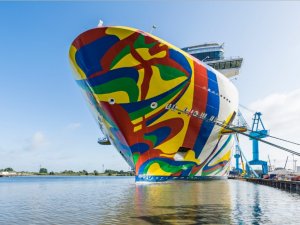 The pier will be built to simultaneously accommodate two of Norwegian Cruise Line’s 4,000 passenger Breakaway Plus class ships and is expected to be ready for the summer 2020 season.

In addition, the company won a competitive bid for the last waterfront parcel in greater Juneau, Alaska and is engaging local stakeholders, including government, business and community leaders to develop a plan which will benefit both the city, its various stakeholders and the company.

“The natural beauty of Alaska makes it one of the most popular destinations to visit, and our investments in the region will enable us to provide our guests with a best-in-class experience as they explore the wonders of the Last Frontier,” Frank Del Rio, president and chief executive officer of Norwegian Cruise Line Holdings Ltd, said.

“These strategic initiatives mark the latest steps in our ongoing efforts to promote economic development in the region and make a positive economic and environmentally sensible impact on the Alaska tourism industry.”

In addition to its development initiatives in Alaska, the company was awarded a concession contract through 2029, that went into effect on October 1, allowing Norwegian Cruise Line to operate cruises within Glacier Bay National Park and Preserve. Contracts were granted based on a competitive bid process which focused on various factors and environmental commitments such as air emissions, waste and wildlife protection.

This news is a total 490 time has been read
Tags: Alaska, Norwegian Cruise Line.