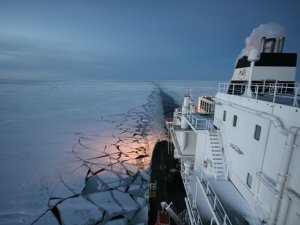 According to the Global Ice Center (GIC) at Weathernews, the northeast passage along the Russian coast has been open to shipping traffic since August 18th, and the northwest passage across Canada has opened from September 1st, enabling opening of the both passages for the first time since 2013.

The northeast passage is expected to stay open until early October, with the northwest passage closing by late September, thus making it possible for commercial vessels to enter the icy region, Weathernews GIC said.

“This year, ice in the Arctic Sea is melting at a fast pace, already reaching the third-lowest extent observed in the NSR. However, information available on conditions in the NSR are still scarce,” Weathernews GIC informed.

As explained, sea ice lingering in the Barrow Strait prevented the northwest passage from opening last year, but the faster progress of ice melting this year has opened the passage as of September 1st.

“The background for both passages opening this year is that ice floes are melting easily with the active water flux in the spring, and comparatively fair weather conditions in July and August in the Arctic region. Warm air and sea temperatures rising are considered as major factors,” Weathernews GIC said.

Currently, sea ice in the Arctic has shrunken to about 4,600,000 km2, the same as observed in 2012 and third smallest area since 2007. The GIC expects ice to continue melting until mid-September, when air temperatures will start to fall, and sea ice refreezes outward.