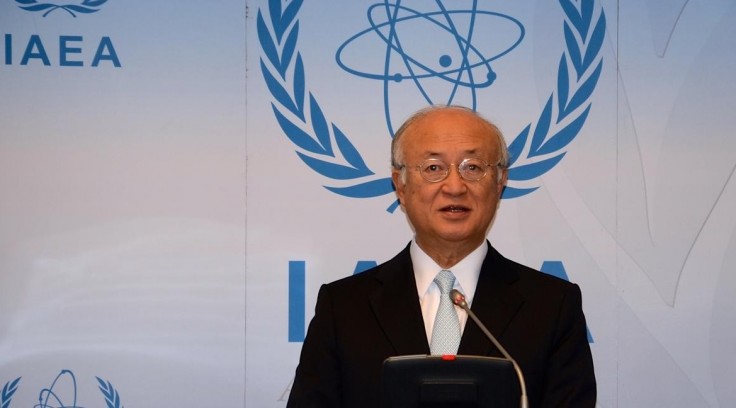 Amano's visit is an attempt to facilitate cooperation between the IAEA and Tehran over Iran's nuclear activities.

The deadline of the nuclear negotiations between Iran and the P5+1 group was postponed Tuesday and the sides now have until June 7 to wrap up a final comprehensive agreement.

Amano is expected to discuss the Iranian government's suggestions to resolve the remaining issues in the nuclear talks with Iranian President Hassan Rouhani and Secretary of Supreme National Security Council Ali Shamkhani during his stay in Tehran, IRNA reported an informed source close to Iran's negotiating team saying.

On June 8, Amano said the IAEA is ready to solve all issues regarding Iran's nuclear program with Tehran's cooperation.

He argued on May 12 that a final nuclear agreement would give the nuclear watchdog access to inspect Iran's military sites.

However, the Iranian government sees any access of its nuclear facilities to the IAEA inspection as a breach of its sovereignty, and regards the issue as a "red line" during the negotiations.

Supreme Leader of Iran Ayatollah Ali Khamenei said on May 20 that his country will not allow any inspectors to its military sites or permit interviews with its nuclear scientists.

Iranian President Hassan Rouhani, reiterated Khamenei's remarks on May 21, saying "Iran will protect its national security, military and technology secrets in the aftermath of the nuclear deal."

The U.S. President Barack Obama said Tuesday that if the inspections regime is inadequate, there will not be a nuclear deal.

"There's going to have to be a serious, rigorous verification mechanism. We’ve been very clear to the Iranian government about that," he said.