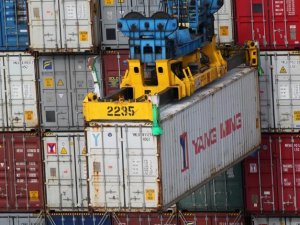 The Northwest Seaport Alliance, a marine cargo operating partnership of the ports of Seattle and Tacoma, saw container volumes grow by 6 percent year to date in November, making this the ninth consecutive month of growth.

Containerized exports improved by 11 percent to 1.2 million TEUs on the strength of Washington state’s agricultural sector, the alliance said.

Through the first 11 months of the year, the NWSA has handled 3.3 million TEUs.

That month marked the beginning of the West Coast port disruptions during contract negotiations between the International Longshore and Warehouse Union and the Pacific Maritime Association.

Auto imports continued to be strong in November, up 7 percent year to date to 168,893 units, while breakbulk volumes and grain, log, petroleum and molasses exports continue to be impacted by a weaker export market and strong U.S. dollar.

This news is a total 5397 time has been read
Tags: Container, Northwest Seaport Alliance, Seattle, Tacoma.