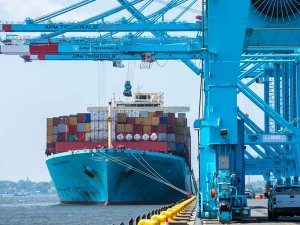 The decision comes after GCT tried to stop the premature termination of the contract with the shipping line which was set to expire in 2021.

GCT has been fighting the termination amid fears that it would push it into the red and cost the port operator over 100 jobs.

The deal between the duo was first established in 2015 and extended several times since then.

Maersk announced the move in early April, explaining that the shift was aimed at achieving better operational efficiency in APM Terminals Elizabeth after its recent $200 million upgrades and expansion.

The court dismissed the restraining order on Friday, April 24th, 2020, allowing Maersk to terminate the agreement from May 1, a company spokesperson confirmed to Offshore Energy.

In order to move forward with the transition, Maersk committed to pay $ 5 million of compensation.

This news is a total 397 time has been read
Tags: APM Terminals , Global Container Terminals , Maersk