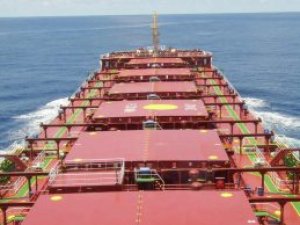 The 229,200 dwt Capesize vessel was purchased by Samos Steamship for a price of USD 12.7 million.

With a length of 319 meters and a width of 54 meters, the bulker was built by Japan’s Namura Shipbuilding.

According to AIS data provided by MarineTraffic, Gaia Pegasus is currently moored at Australian Port of Hedland, one of the world’s largest bulk export ports, where it arrived today from China’s Jingtang port.

NYK Line’s latest sale comes on the back of the previously agreed disposal of the 2007-built bulker Ocean Crescent earlier in October. The 174,200 dwt vessel was sold for USD 12.1 million to Greece-based New Shipping Ltd.