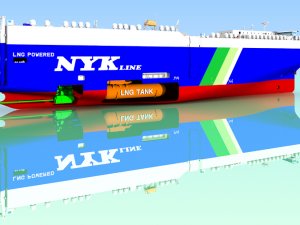 The vessel is scheduled to be delivered in 2022 and will become NYK’s second LNG-fueled PCTC.

The first PCTC vessel was announced by NYK in September 2019. The newbuild is scheduled to be delivered in 2020 and will be the first large LNG-fueled PCTC to be built in Japan, according to NYK.

“NYK has positioned LNG fuel as one of the bridging technologies to realize future zero-emission ships. The company aims to have a clean transportation mode that will reduce the environmental burden of the entire PCTC fleet,” the company said announcing the contract.

The company’s shift to LNG-fueled vessels will also see an LNG-fueled coal carrier delivered to the company in 2023.