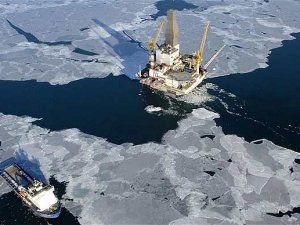 He insisted that there was no contradiction between his climate change agenda and Arctic drilling.

“I share people's concerns about offshore drilling,” Obama said, while emphasizing that Shell bought its exploration leases before he took office.

His televised message did not stop several environmentalist organizations from criticizing the contradictions in his words and policies.

Obama said the bottom line is that “safety has been and will continue to be my administration’s top priority when it comes to oil and gas exploration off America’s precious coasts – even as we push our economy and the world to ultimately transition off of fossil fuels”.

However, Obama will speak on Monday in Alaska about the necessity to take urgent and aggressive action against climate change, during a three-day trip to raise awareness on the effects of global warming.

Before even one litre of oil has been found, the Anglo-Dutch Shell group is believed to have spent more than US$7 billion just making preparations for its latest Arctic venture.

Greens are angry that despite his recent support for climate action, Obama’s administration gave oil giant Shell authorization to drill in the Arctic Ocean.

Environmentalists and scientists say any further exploitation of fossil fuels must be halted in order to limit the rise in average global temperatures to within 2°C of pre-industrial levels and avert serious climate change.