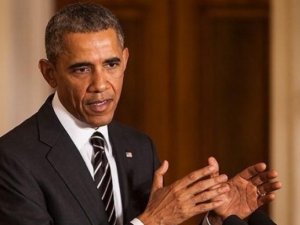 Budget request will propose $10 per barrel fee on oil to fund investments in transportation, clean energy

President Barack Obama is set to propose a new oil fee to fund transportation infrastructure and clean energy, according to a White House statement Thursday.

Obama's final budget request suggests a $10 per barrel fee on oil sold in the country, to be paid by oil companies and gradually phased in over five years. If approved, the move could place further pressure on oil companies that are losing revenues amid plummeting prices – down approximately 75 percent since June 2014.

Crude oil is trading around $30 per barrel and the proposed fee is expected to receive strong pushback from oil producers.

One industry trade association blasted the proposal, saying it would negatively effect consumers.

“The White House thinks Americans are not paying enough for gasoline, so they have proposed a new tax that could raise the cost of gasoline by 25 cents a gallon and harm consumers that are enjoying low energy prices, destroy American jobs and American emergence as a global energy leader,” said American Petroleum Institute chief Jack Gerard.

The aim of the proposal is to provide funding for new investments in the nation's transportation infrastructure and clean energy.

"Our transportation system is heavily dependent on oil,” read the statement.

“By placing a fee on oil, the president’s plan creates a clear incentive for private sector innovation to reduce our reliance on oil and at the same time invests in clean energy technologies that will power our future."

In addition to $400 million annually to ensure new technologies are integrated safely in the industry, the plan also seeks to invest more than $2 billion each year to expand research and development of clean energy in mass transportation via new smart and clean vehicles and aircraft.

The nation’s transit system would be expanded with high-speed becoming an alternative to flying in major U.S. regions.

This news is a total 2225 time has been read
Tags: Obama to propose per barrel oil tax to fund clean energy, Turkish, Maritime