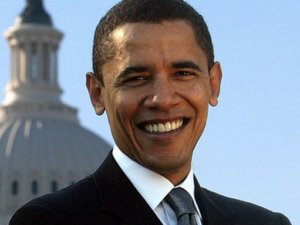 A new report released today by Oil Change International and Greenpeace USA details a clear case against drilling for oil in the Arctic ocean based on climate science imperatives.

The report, “Untouchable: The Climate Case Against Arctic Drilling,” shows U.S. Arctic offshore oil should be deemed an “untouchable” fossil fuel reserve by any reasonable measure.

The Obama administration’s fight against climate change is undermined by Shell’s quest for new oil reserves in the Arctic Ocean, warns the report.

"Industry and government claims that Arctic oil is “needed” are based on oil supply and demand scenarios that will lead to at least 5 degrees Celsius warming by 2100 – i.e. climate disaster," cautions the report.

“There is no reasonable scenario in which Arctic oil drilling and a safe climate future co-exist. Drilling in the Arctic is a climate disaster, plain and simple,” said report author Hannah McKinnon, senior campaigner with Oil Change International.

“If we are serious about tackling the global climate crisis, we need to stop exploring, expanding and ultimately exploiting fossil fuels. Projects that expand or break open new reserves and generate more greenhouse gas emissions clearly fail a test of what is safe for the global climate,” says the rpeort.

“What happens in the Arctic matters to all of us. America is living with the floods, storms and heatwaves caused by global warming and this report makes absolutely clear that Arctic drilling will only make it worse,” said Tim Donaghy, Senior Research Specialist at Greenpeace.

This news is a total 2680 time has been read
Tags: obama, arctic, climate change, turkishmaritime