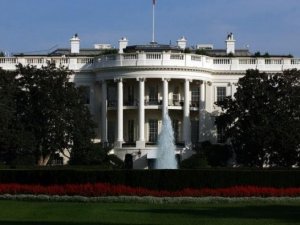 U.S. President Barack Obama will veto a bill for the construction of Keystone XL oil pipeline if it passes the Republican-controlled Senate.

"If this bill passes this Congress, the president won't sign it," said Josh Earnest, press secretary to the White House.

The affirmation comes on the same day that Republican lawmakers took the oath of office, and with it, control of Congress.

The Republicans, who won the congressional elections on Nov. 4, were expected to get another shot at the approval of the pipeline, after the U.S. Senate voted against a bill on Nov. 18 to approve it.

The Senate voted 59-41, one vote shy for approval, in the then-democratically-controlled chamber, while 67 votes are needed to overcome a presidential veto.

The Obama administration has postponed the approval of the controversial pipeline due to environmental and political concerns for six years, while Obama signaled in November that he could use his veto power against the bill if it passes the Congress.

While Republican senators hope to get the pipeline approved, the White House statement appears to set up an early clash with lawmakers in the coming days.

The U.S. Senate Energy and Natural Resources Committee announced on its website Friday that it will hold a hearing on legislation to approve the Keystone XL pipeline project on Wednesday, Jan. 7.

The committee also announced last week that its new head, Sen. Lisa Murkowski, an Alaskan republican, called a meeting on Thursday, Jan. 8, to mark up an original bill to approve the pipeline.

In addition, outspoken Republican Sen. John Barossa boldly predicted Sunday that, “The president is going to see the Keystone XL pipeline on his desk.”

To carry heavy crude oil from Alberta's tar sands through Nebraska and Oklahoma to reach the U.S. refineries on the Gulf coast, the northern extension of the pipeline, Keystone XL, would provide an additional capacity of 500,000 barrels per day, says TransCanada.

This would have brought the total capacity of the 2,150 miles (3,460 kilometers) long pipeline to more than one million barrels a day, with the total investment reaching $12.2 billion, according to its operator, TransCanada's website.

Before the shale oil boom in 2008, most of the U.S. refineries were designed for heavy type crude oil, which is imported from Middle Eastern countries.

The approval of Keystone XL would have divorced the U.S. from the uncertainties of overseas sellers who pose risks to uninterrupted oil supplies due to the political instability of their region, according to energy analysts who supported the bill.

This news is a total 3604 time has been read
Tags: U.S., Barack Obama, White House, offical