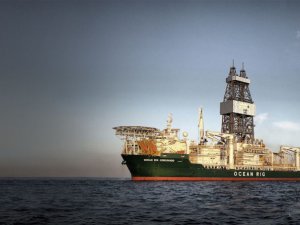 Offshore driller Ocean Rig has announced it has reached a deal with South Korean shipbuilder Samsung Heavy Industries to postpone the delivery of the newbuild drillship Ocean Rig Santorini by a little over two years.

Under the agreement with SHI, Ocean Rig said the drillship will now be delivered on September 30, 2019, but delivery may be pushed forward at the option of Ocean Rig.

Delivery of the drillship was originally scheduled for Q2 2017.

The remaining yard installments are expected to total $372 million of which $360 million will be financed by non-recourse seller’s credit that matures in June of 2023, Ocean Rig said in a statement.

“We are pleased to have reached an agreement to postpone the delivery of the Santorini to September 2019,” commented Pankaj Khanna, President and Chief Executive Officer of Ocean Rig. “Samsung Heavy Industries is a strategic partner of Ocean Rig, having built all 9 of our existing drillships and we thank them for the continuing partnership. With oil prices increasing to above $70 per barrel, the agreed terms provide substantial optionality and leverage to a market that is expected to be improving when the rig delivers. As a reminder, the Ocean Rig Santorini is a 7th generation drillship, a sistership to our other 7th generation drillships, is one of the most technologically advanced drillships in the world, is fully equipped to drill in water depths of up to 12,000 feet, with 2 BOPs and 5 mud pumps, and has a full dual derrick with 2.5mlbs hook- load capacity.”

This news is a total 845 time has been read
Tags: Ocean Rig Postpones Delivery of Newbuild Drillship Ocean Rig Santorini at Samsung Heavy