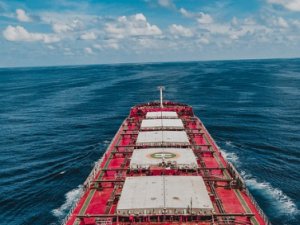 In February this year, the two companies signed a sale and leaseback agreement for the two Ultramaxes and one Kamsarmax. Under the deal, Ocean Yield bought the ship trio for USD 62.8 million net of pre-paid charter hire with long-term bareboat charters to Scorpio.

Additionally, Ocean Yield committed to partly finance the scrubber installation on the three abovementioned vessels, with an additional of USD 1.5 million per vessel during 2020.

This news is a total 312 time has been read
Tags: Bulker, Ocean Yield, Scorpio Bulkers. COVID-19 could be driving force to decarbonise shipping before 2050The coronavirus pandemic is opening up many new opportunities for the shipping industry, Cristina Aleixendri, COO at bound4blue, said during a video conference hosted by SMM.