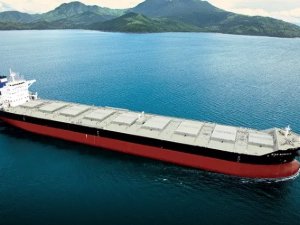 The net cash purchase price is USD 18 million per vessel after a seller’s credit.

Both vessels are expected to be delivered to the Company during March 2018. LDA has options to acquire the vessels during the charter period, with the first purchase option exercisable after five years in addition to an obligation to repurchase the vessels at the end of year 12.

LDA is a French family group engaged in maritime transportation and services and founded more than 160 years ago. The group is a major player of dry bulk, marine and port logistics, transportation of heavy and specialised cargoes, in addition to having diversified activities in marine industrial services such as submarine cable laying and marine renewable energies.

Ocean Yield ASA’s Chief Executive Officer Lars Solbakken said in a comment, “We are pleased to announce our first investment in the dry bulk sector with two modern handysize carriers with long-term charters to Louis Dreyfus Armateurs. With improved earnings in the dry bulk market, we see potential for more transactions in this sector going forward.”

This news is a total 906 time has been read
Tags: Ocean Yield Invests in Handysize Dry Bulk Pair with Long Term Charters