Oceanaut plans to bounce back 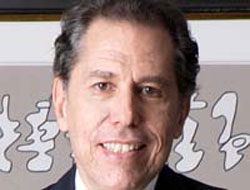 Oceanaut is set to put forward a make-or-break shipping transaction to shareholders shortly after New Year.

Oceanaut is set to put forward a make-or-break shipping transaction to shareholders shortly after New Year.

For the Amex-listed fund it will be its third attempt at bringing a deal for stockholders to vote on.

An initial agreement to acquire a dry bulk fleet from Greece"s Restis family earlier this year was disturbed by the credit crunch, while a second deal ? to buy four bulkers from another Greek operation, Irika Shipping ? collapsed at the beginning of October after dry bulk values crashed.

Oceanaut has already taken a one-off six month extension to its deadline for finalising a deal that would launch it as a fully fledged business.

With the deadline now extended until early March, it is estimated that the company will have to declare an agreement is in place sometime around mid-January if it is to harbour realistic prospects of having the deal approved in time.

?We probably only have another two or three weeks to do so,? he said, ?but we are looking at various possibilities and we are confident that we will have a good deal to put forward.?

Market sources suggest that Oceanaut has continued discussions with Irika Shipping boss John Frangos in recent weeks and a project with ships of the original seller, in some form, may not be dead.

Back in August, Oceanaut had agreed to pay $352m for three modern panamaxes and a 2002 built supramax from Irika, although that price is no loner viable.

?A lot of projects have come our way in the last couple of months,? said Mr Papatrifon, who said the company was looking across various sectors including dry bulk, container vessels, chemical and product tankers. ?We now have to choose the best deal for investors.?

He added, ?In the current environment, we want to do a smaller, carefully structured deal that will be defensive in nature which will be a stepping stone to do something bigger in years to come.

?In the past it has been harder to get the right deal with a seller while investors would agree more easily, but now it is easier to come up with a good deal but harder to get shareholder approval,? he commented.

Oceanaut has been holding more than $150m in public offering and private placement proceeds in a trust fund until consummation of the business combination or company liquidation.

This news is a total 743 time has been read