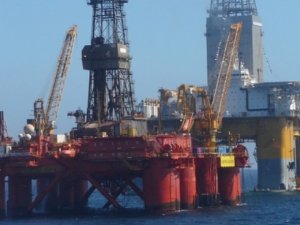 The rig will be used for a one well project, with an option for a further one well, on the Norwegian Continental Shelf.

Work is expected to commence upon the expiry of the rig’s current contract with Statoil, around mid July 2017.

Deepsea Bergen was first delivered in 1983, and has been operating with Statoil since 2006.

This news is a total 895 time has been read
Tags: Odfjell Drilling finds work for semi-submersible