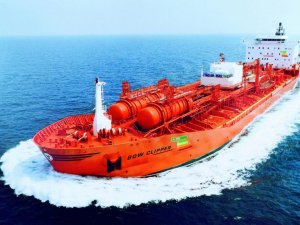 As the construction of its newbuildings continues to be substantially delayed, Bergen-based shipping and tank terminal company Odfjell SE said that it “will most likely” cancel the remaining five liquefied petroleum gas (LPG) carriers it has on order in

In late September, the company cancelled three of the newbuilding contracts. All instalments, including accrued interest, for the cancelled vessels have been refunded from the guarantor, according to Odfjell.

Instalments paid on the remaining orders are secured by refund guarantees from reputable financing institutions.

The first newbuilding is expected to be delivered in June 2019 and the following vessels would join their owner with 3-month intervals.

Although the downward trend in freight rates continued through the third quarter with reduced spot rates in most markets, the company managed to soften the impact of the weaker market through contract nominations and efficient allocation of its fleet.

During the third quarter ended September 30, 2016, Odfjell’s net income stood at USD 16 million, up from USD 7 million seen in the same quarter a year earlier.

The company’s revenue for the period dropped to USD 240 million from USD 276 million reported in the same quarter of 2015.

“Our markets continue to be challenging, but we continue to see improvements in our competitiveness, which softens the impact on the Odfjell results. The sale of the Oman terminal at an attractive valuation shows some of the underlying value in our terminal business,” Kristian Mørch, CEO of Odfjell SE, said.

As the spot chemical market is under pressure and rates are still softening, while the CPP market continues to be depressed, Odfjell has forecast that its fourth quarter time charter result would be below the third quarter’s amid generally softer markets.

This news is a total 1627 time has been read
Tags: Odfjell “Most Likely” to Cancel Five LPG Vessels