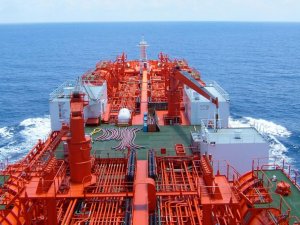 Norwegian shipping and tank terminal company Odfjell has signed of a letter of intent for two additional chemical tankers with stainless steel cargo tanks to be built by China’s shipyard Hudong-Zhonghua Shipbuilding.

To feature 38,000 dwt, the vessels will have 40 tanks and a cargo capacity of about 45,000 cbm. Both tankers will be prepared for dual fuel solution, according to Odfjell.

The company added that the capital commitments under the letter of intent, which also includes options, will be about USD 116 million.

“Following this order and other commitments recently taken, most of our renewal needs for the ‘super segregators’ have been met,” Kristian Mørch, CEO of Odfjell SE, said.

In the fourth quarter of 2016, the company signed contracts for the construction of a series of four chemical tankers with 33 stainless steel cargo tanks at the same yard.

The 49,000 dwt vessels, which were said to be the world’s largest stainless steel chemical tankers, will have a cargo capacity of 54,600 cbm.

The first newbuilding is expected to be delivered in June 2019 and the following vessels would join their owner with 3-month intervals.

Odfjell earlier said that the capital commitments would be USD 60 million per vessel.

This news is a total 1028 time has been read
Tags: Odfjell to Order Two More Chemical Tankers