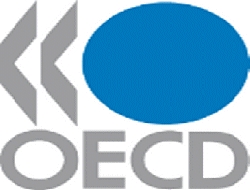 The world oil demand, at its weakest level in at least five years, is likely to be a driving force ? downward ? behind oil prices for the rest of the year.

Oil consumption in the OECD is down 1 million bpd year

The world oil demand, at its weakest level in at least five years, is likely to be a driving force ? downward ? behind oil prices for the rest of the year.

The US and European demand is now down from a year ago, and ?it only is a matter of time before the contagion spreads to fast-growing developing economies?.

Arab News reports that oil consumption in the OECD is down 1 million bpd year-on-year and Beijing despite being a wild card in the overall calculation, many observers now assert its contribution to oil demand growth is set to falter, with Sinopec reportedly planning to cut crude oil imports by 8-10% (around 240,000 bpd) until the end of the year in order to draw down stocks built up ahead of the Olympic Games.

Should the turmoil in financial markets widen, as many believe it must, demand for Asia"s merchandise exports will be hit, undermining the robust economic growth that has spurred the region"s oil consumption.

MasterCard"s SpendingPulse report, which tracks gasoline sales, said demand in the week ended September 19 plunged 5.7% week to week and was 7.6% below a year ago, at the lowest level since mid-April 2007.

The US markets seems to have overridden the concerns over the economy as the sliding fuel demand outweighed hurricane-related supply disruptions that have pushed US gasoline stockpiles to their lowest level since 1967, when US gasoline demand was just 5 million bpd, almost half its current daily consumption of 9 million, the EIA said.

Arab News concluded it seems oil producers can no longer count on fast-growing developing economies to make up for lost US and European demand. Until now China has been the major driver of the markets, with its galloping consumption. But things seem to have changed there too. The gap between China"s growing oil usage and declining consumption in the US is growing.

According to some estimates earlier in the year, Chinese demand was growing at about the same pace the US demand was dropping. Not any more. In August, China was able to compensate for only half the decline in the US, says Paul Ting, of the US-based consultancy Paul Ting Energy Vision LLC.

?The fate of oil prices over the course of the next year or so is very much a function of demand deterioration,? Ting said. ?US demand has declined by a much greater amount than the growth coming out of China.?

Producers are aware of the scenario. A report by Petrologistics said last week that OPEC oil supply fell by 800,000 bpd in September due to lower output from members including Saudi Arabia and Iran.

However, the recent drop in OPEC supplies is giving rise to another interesting debate within the oil cartel: what price is OPEC trying to defend. Most now argue that OPEC was ready to defend a price of something around 100 US dollars a barrel.

Ecuadorean Oil Minister Galo Chiriboga was quoted on Friday saying OPEC expects world crude prices to stay above 110 US dollars per barrel in 2009.

"The studies we carried out at the last OPEC meeting say prices will stay above 110 USD in 2009," Chiriboga said in a television interview.

Ecuador, the cartel's smallest member with daily production of half a million barrels (350.000 exports) is concerned about the recent volatility of crude prices.

This news is a total 876 time has been read