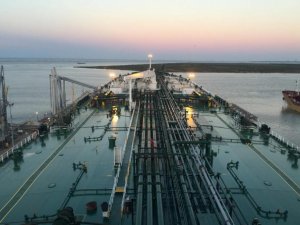 Weak supply side fundamentals as well as a seasonal lull in demand are expected to plague the Asian crude tanker market in the third quarter of 2017, the Ocean Freight Exchange (OFE) informed.

A more worrying trend is that, according to BIMCO, very large crude carrier (VLCC) orders between January and May this year hit their highest level in 9 years on the back of low newbuilding prices, which could delay a potential recovery in rates.

Rates for the benchmark AG/ Japan route have tumbled from w97.5 at the beginning of the year to current levels of w51, OFE said, adding that rates have been languishing at w50 to w52 for a month as the battle between handicapped vessels and modern tonnage rages on. A recent uptick in interest for short-term time charters for floating storage failed to move rates upwards.

On the demand side, the extension of the OPEC production cuts “remains a thorn in the side of the Asian VLCC market,” further compounded by the seasonal summer lull. OFE suggests that a boost in ton-mile demand due to more long-haul trades from the Americas “may offer some temporary respite to falling rates.”

“It is unlikely that we will see a substantial recovery in rates before end-September, when a pick-up in winter demand takes place,” according to the organization.

While the market was counting on the upcoming IMO Ballast Water Management Convention on September 8 to raise scrapping activity, the ongoing Marine Environment Protection Committee (MEPC 71) in London is currently discussing the possibility of a partial two-year delay.

Additionally, the Suezmax sector in Asia “is likely to continue to be weighed down by lower exports from Iran and Iraq in Q3.”

OFE concluded that the Asian Aframax segment is also expected to remain in the doldrums due to lower exports from Kozmino.

This news is a total 873 time has been read
Tags: OFE: Asia Tanker Rates to Remain Weak in 3Q