Ofer to build hotel in Ku?adas? 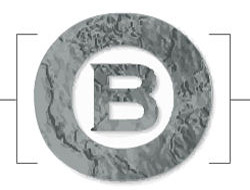 Ofer Group will build tourism facilities including a hotel, time share and marina to replace the French holiday village, bought from Emekli Sand???. Demolition operations for this project have started already.

Ofer Group to build a brand hotel in Ku?adas?

The only brand hotel in Ku?adas? with a hotel time share and marina will be built in place of the French holiday village through a partnership between Ofer Group and Global Yat?r?m Holding.

Gregor M. Kiez, member of the board of Global Yat?r?m Holding and chairman of the board of Ege Liman ??letmeleri (Aegean Marina Operations) said Ofer plans to invest $300 million in this project. The holiday village which was closed for the past ten years was bought by the Ofer – Global partnership in 2005 for $30 million.

Work on the Istanbul Park Hotel, in which Ofer has the majority of stock, continues along with plans here to invest in residence and hotel construction, Kiez said.

Ege Ports General Manager Aziz Güngör said licence issues for Scala Nuova Shopping Mall were resolved as of August. The ground plan of Scala Nuova in Ku?adas? Marina had been subject to scrutiny. “The licence for the construction of the mall was issued according to K?y? Yönetmeli?i (the coastal code) and the cancellation of this code with no replacement by law lead to the cancellation of our licence,” Aziz said. “Naturally the procedure of reapplication accoring to the new code took some time. Once the new code was issued we obtained the new ground plan and permission for use. All shops obtained their business licences.” Said Aziz.

In the meantime, it was announced that Ofer Group and Global Holding have reserved a budget of $170 million for a casino and hotel investment in Girne, Cyprus at the coastal strip. The foundation for this investment will be laid soon.

This news is a total 1592 time has been read