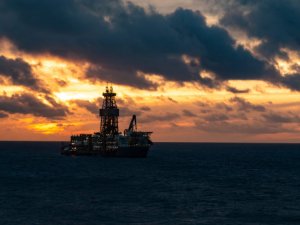 Offshore oil driller Valaris PLC is preparing to start talks with creditors to see if they can agree on terms for a possible bankruptcy filing, as it grapples with a $6.5 billion debt burden .

Offshore oil driller Valaris PLC is preparing to start talks with creditors to see if they can agree on terms for a possible bankruptcy filing, as it grapples with a $6.5 billion debt burden and an unprecedented plunge in U.S. crude prices, people familiar with the matter said on Tuesday.

Reuters reported last month that the London-based company was working with debt restructuring advisers as it struggled to cope with a rig accident and falling energy prices.

Since then, U.S. crude futures have traded in negative territory for the first time in history amid a supply glut and a collapse in demand brought about by the coronavirus outbreak, putting further pressure on the company’s customers, which are mainly large oil companies.

The sources requested anonymity because the deliberations are confidential. Valaris and Alvarez did not respond to requests for comment.

Valaris, formed a year ago through the merger of Ensco and Rowan Companies, plans to attempt negotiations with creditors to gain support for a restructuring plan before a bankruptcy filing, the sources said.

Known in restructuring circles as a prearranged or prepackaged bankruptcy, such a deal could limit the time Valaris spends navigating court proceedings, the sources added.

Any bankruptcy filing is still weeks or months away, the sources said. Valaris could also try to restructure its debt outside of court proceedings and avoid bankruptcy, though corralling enough creditors to do so would be challenging, one of the sources added.

Valaris had roughly $1.7 billion of liquidity at the end of 2019, about $100 million of it in cash and the rest available under a credit line. It faces a $123 million debt maturity this year, in addition to about $400 million in estimated interest expenses, ratings firm Moody’s Investors Service Inc said in March.

Valaris also plans to spend up to $160 million this year, including on idle drilling rigs that are not bringing in revenue, according to Moody’s. Valaris unsecured bonds trade at less than 20 cents on the dollar, according to S&P, reflecting creditors’ concerns about repayment.

Valaris earlier this year reported an accident that damaged one of its rigs off the coast of Angola. As a result, France’s Total SA terminated its contract with the rig, which was among Valaris’s most lucrative.

This news is a total 747 time has been read
Tags: drillships, offshore oil and gas, Oil