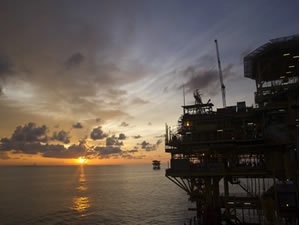 A planned overhaul of how the world’s most important benchmark crude price is calculated has caused a surge in trading of swaps used to hedge North Sea oil prices.

From next summer, the benchmark Dated Brent price, a basis for two-thirds of all physical crude transactions worldwide, will no longer be based exclusively on the trading of barrels pumped from North Sea. Instead, supplies from Texas will also be eligible for inclusion to set the measure, publisher S&P Global Platts said Monday.

The shift, which alters the nature of what Brent crude will be, has triggered a surge in trading of derivatives called Dated-to-Frontline swaps for 2022 that producers can use to hedge physical cargo sales, according to several people directly involved in the markets. Some participants are uncertain about how exchanges will accommodate the changes, they said.

Prices of the contracts have spiked alongside the trading. Swaps for the second half of 2022 jumped by about 40 cents on Wednesday while those for before the June implementation date only climbed by single digits, according to ICE Futures Europe data.

Until now, the Brent benchmark and associated derivatives have been based on the trading of barrels where they are loaded, known in market terminology as a free-on-board price. Adding U.S. crude means the market will be priced at the point of delivery, which usually includes shipping costs.

It will also require a rewriting of the contracts that have underpinned trading in the Brent markets for decades.

Late last year, ICE announced a consultation on Platts’s plans, which closed in January. It is still assessing the impact of the change on its markets, according to a person familiar with the matter.