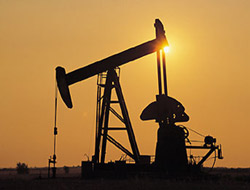 Crude oil fell to the lowest close in more than seven weeks in New York on concern inventories will extend increases as demand drops.

Crude oil fell to the lowest close in more than seven weeks in New York on concern inventories will extend increases as demand drops.

Crude oil fell to the lowest close in more than seven weeks in New York on concern inventories will extend increases as demand drops. Day by day the pressure of recession and slower demand is getting tougher and the markets seems to ignore OPEC production cuts. So, even with lower daily production from the world major oil producers oil prices are down 24 percent this year and 63 percent from a year ago. New York crude oil prices sank last week as data revealed a large jump in US energy stockpiles and top industry bodies forecast falling demand because of the global economic slowdown. The picture doesn"t change this week even if oil prices fall at a lower pace, now at $37 per barrel. Volatlity remains the basic characteristic of crude oil markets, as nobody knows how deep the current recession is and how much will affect demand for oil. According to traders in New York market who have spoken to Bloomberg, ?In the short run we have to see these cuts OPEC made starting to make a dent in inventories,? Brenneman said. ?We haven"t really seen that have an impact, but it will because it actually exceeds the reduction in demand. Eventually it will eat into inventories, and then there will be a psychological turn in the market and we will start to see prices respond.?

International Energy Association, the energy watchdog for industrialised nations forecast that global oil demand would measure 84.7 million barrels per day (bpd) on average in 2009 ? 570,000 bpd less than its last forecast made in January. At this level, demand would be 1.1 percent or one million bpd less than in 2008, when demand also fell compared with the year earlier.

At the same time OPEC presents an even pessimistic approach. For one more time in the last 12 months oil cartel trimmed its forecasts for global oil demand, forecasting that it would shrink by 0.67 percent in 2009 because of "economic depression" in industrialised countries. ?World oil demand continues its steep decline from last year and is expected to follow this strong negative pattern at least for the first three quarters of the year demand in OECD is experiencing a steep decline resulting from the region"s economic depression. Demand in OECD North America, Europe, and the Pacific declined by 1.2 mb/d y-o-y in January. However, the positive growth in non-OECD demand reduced the world decline to only 0.7 mb/d. Although the OECD regions in general are colder than average by 10% which led to more demand in heating oil and kerosene, slowing industrial production has suppressed consumption of industrial fuel? the cartel wrote in its February report.

This news is a total 1163 time has been read