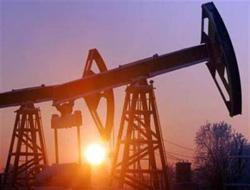 The dollar's exchange rate will determine crude oil prices as investors are likely to buy commodities as a hedge against any depreciation of U.S. assets, OPEC President Chakib Khelil said.

The oil price depends on the dollar, it has nothing to do with demand and supply

The dollar's exchange rate will determine crude oil prices as investors are likely to buy commodities as a hedge against any depreciation of U.S. assets, OPEC President Chakib Khelil said.

'The price depends on the dollar, it has nothing to do with oil demand and supply,' Khelil, who is also Algeria's energy minister, told reporters today in Algiers. 'If the dollar weakens, oil will go up.'

The Organization of Petroleum Exporting Countries won't hold a meeting before its planned conference on Dec. 17 in Oran, Algeria, where the group will discuss production levels for the first quarter of 2009, he said.
OPEC, which supplies 40 percent of the world's oil, will assess in Oran the impact of a decision taken at its Sept. 9 meeting in Vienna to cut production by about 500,000 barrels a day, said Khelil.

The group resolved at Dec. 9 meeting to stick more closely to official quotas by trimming production, after oil prices plunged from their July 11 record of $147.27 a barrel.

OPEC's oil supply will probably decrease this month by 800,000 barrels a day, or 2.4 percent, because of lower exports from Saudi Arabia, Iran, Iraq and Nigeria, according to preliminary estimates from PetroLogistics Ltd.

OPEC's membership will drop to 12, from 13, in 2009, after Indonesia decided to quit the organization because it became a net oil importer. The group announced at its last meeting a production target of 28.8 million barrels a day, excluding Indonesia and Iraq. Iraq is allowed to produce at will to finance reconstruction.

This news is a total 849 time has been read