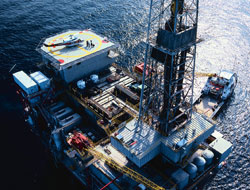 Crude oil prices have fallen 22% last week, marking one of the biggest weekly drops ever.

Crude oil prices have fallen 22% last week, marking one of the biggest weekly drops ever.

Crude oil prices have fallen 22% last week, marking one of the biggest weekly drops ever. Especially, oil has lost $5 a barrel since Monday December 1st, and analysts see little on the horizon to quell investors' fears that the world economy will keep its slow pace. Crude"s weekly drop is the largest since a 24 percent decline during the week ending March 21, 2003. As a result, crude oil fell to the lowest level in almost four years after a report showed the U.S. economy lost the most amount of jobs in November in 34 years, signalling that recession is getting worse. Oil markets are new more sensitive on economic news, than others like the volume of U.S. oil inventories, or OPEC production. This is a very serious problem that OPEC members will have to face after the meeting of December 16 in Algeria. According to market insiders, as prices continue to weaken, cartel members lose more and more control of the market.

Oil traders are now quite pessimistic about oil prices" future as the world economy, and especially U.S. economy, looks set to deteriorate. The demand worries are still the driving factor and, as traders are saying, it opens up the possibility of prices below $40 a barrel. ?The numbers ?for U.S. unemployment- were horrible,? said Michael Fitzpatrick at Bloomberg news agency, vice president for energy risk management at MF Global Ltd. in New York. ?We were expecting something bad but nothing of this magnitude. This is bound to increase the negative sentiment that"s been here since summer.?

By its side, the International Energy Agency cut its global oil-demand forecast for 2009 because of the world economic slowdown. The Paris-based agency reduced its demand forecast by 170,000 barrels a day from its November estimate to 86.37 million barrels a day.

The estimates are not optimistic for oil producers

For the week started today, the estimates are not optimistic for oil producers. Crude oil may continue falling this week as the first simultaneous recession in the U.S., Europe and Japan since World War II cuts fuel consumption. Seventeen of 35 analysts, or 49 percent, said prices will decline through Dec. 12. Eight respondents, or 23 percent, said oil will rise and 10 forecast markets will be little changed. Last week 37 percent expected futures to decline.

?It"s more of the same, the economy weighing on the oil market,? said Tom Bentz, senior energy analyst at BNP Paribas in New York. ?There is no sign where it will stop.?

This news is a total 952 time has been read