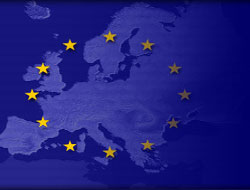 Oil refining margins in Europe will stay strong into next year, but U.S. refiners may see their profit levels drop, dragged down by a fall in demand for their key product gasoline.

Oil refining margins in Europe will stay strong into next year, but U.S. refiners may see their profit levels drop, dragged down by a fall in demand for their key product gasoline.

Some analysts expect European refiners with larger yields to produce such middle distillate fuels as diesel and gas oil, which may turn out to be more profitable than gasoline.

Traditionally, U.S. refiners post higher refining margins than their European peers as they have complex systems to turn cheap, low quality crude oil into fuels for the domestic market, where gasoline's share is the largest.

He expects a larger fall in U.S. margins than those of Europe.

Competition from new refining capacity coming online mainly from Asia, such as Reliance Industry's Jamnagar in India, is also likely to slash the margins of gasoline-oriented U.S. refineries more sharply, he said.

Futures markets suggests distillates are now more profitable than gasoline, which may remain a loss maker for several months.

Although global oil demand has been slowing this year due to the worldwide financial crisis, distillate fuels will account for much of the growth, supporting their values.

New York RBOB gasoline futures' crack to U.S. crude have fallen to negative this week, suggesting U.S. refiners might have made a loss of as much as $4.77 by processing a barrel of U.S. crude.

"Under normal economic conditions, we should be seeing a spike in margins," an analyst with a hedge fund, who asked not to be named, said. "Just weak demand is capping it."

RBOB gasoline have been subdued below New York heating oil futures this year and it is likely to remain so at least into the middle of next year. RBOB normally becomes cheaper than heating oil only during winter in a seasonal pattern until last year.

Europe's distillate benchmark ICE gas oil futures are expected to be more expensive than New York heating oil, reflecting the fact that diesel cars are becoming increasingly popular at the expense of gasoline cars in the region.

The strength of distillate products may become more significant going into the winter heating season, while overall oil inventories in many key oil consuming regions in the Northern Hemisphere are now much below year-ago levels.

"We see some upside risks to middle distillate cracks going into this winter," Merrill Lynch said in its research note.

Investors could start to see the financial performance of refiners, even in the United States, reflect more significantly the stronger distillates and weaker gasoline.

This news is a total 599 time has been read