Oil rout will save Asian LNG importers billions this year 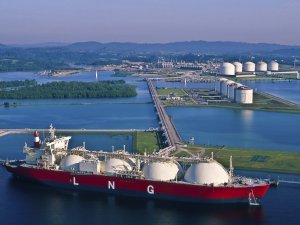 A steep drop in crude oil prices will save top Asian economies tens of billions of dollars on their liquefied natural gas (LNG) import bills this year, cutting electricity costs for consumers after years of pain.

Prices of long-term LNG supplies delivered by tankers to Asia are tied to the cost of Brent crude oil, which has fallen by more than half since June.

The extent of oil’s price slide has not yet been fully passed through into lower Asian LNG sales prices because contracts have delays of six to nine months built into them.
A classic pricing formula for a 20-year LNG supply deal is composed of a “slope”, or percentage, to crude oil, usually set at 14.85 percent as seen in recent sales from Australia and Papua New Guinea to Asian buyers.

“The fall in oil prices will slash the LNG bill for Japan, South Korea, China and Taiwan by over $35 billion in 2015 compared with prices in 2014,” said Kwok Wan, head of the LNG desk at price reporting agency Argus.

The four countries imported a combined 116 million tonnes of oil-linked LNG last year, around half the total for Asia.

The discount is calculated using the Brent crude oil forward curve for 2015, which gives the current cost for Brent crude for delivery from now until the end of the year.

Collapsing oil prices have made long-term, oil-linked supply cheaper than supply procured on spot markets for the first time in years.

The current spot LNG price for March delivery is $9 per million British thermal units (mmBtu), compared with a long-term LNG price of just under $8 per mmBtu, according to Thomson Reuters analysts.

Once the current cost of oil at $50 is fully factored into gas contracts, the long-term price could sink down to around $6.50 per mmBtu, establishing a sizeable discount to spot prices.
“If LNG is bought under an oil index contract buyers will make savings, not right away, but from the second-quarter 2015 the lower oil prices will feed into lower LNG contracted prices,” Societe Generale analyst Thierry Bros said.

“These are midstream companies so they will have to pass this to customers,” Bros said. “We will pay less for energy.”

This news is a total 2005 time has been read
Tags: LNG, Asian, Papua New Guinea, Brent