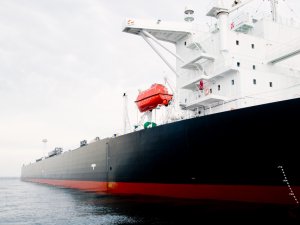 Crude dropped as investors assessed weak economic data and signals that a recovery in consumption may be slowing.

Domestic consumer sentiment posted a surprise drop with coronavirus infections nearly erasing any emerging optimism around reopenings. Meanwhile, Indian road fuel sales fell in the first half of July as localized virus lockdowns occurred in several cites, and the Chinese city of Urumqi locked down some areas amid fears of another outbreak in the country. Both U.S. and global crude futures are on track for a weekly decline.

“Consumer confidence, with its big miss today, weighed on the earlier optimism that we saw,” said Phil Flynn, senior market analyst at Price Futures Group Inc. “There’s a concern that, after the stimulus checks run out, there’s going to be a pullback in retail sales and definitely a pullback in travel by car if people are not going to be working.”

U.S. benchmark crude futures are having trouble breaking out of the tight trading range they’ve been in since early June. Along with weak demand depressing prices, investors are also concerned over the OPEC+ alliance’s plan to unleash crude oil back into the market next month.

The 200-day moving average for West Texas Intermediate crude around $43 a barrel “is keeping a lid on prices from surging higher,” said John Kilduff, partner at Again Capital LLC. “If we can get through that, then you might see some fireworks, some more aggressive buying coming in. But for now it’s sort of a wait-and-see.”

”There’s some trepidation on people’s part between the resurgence of the virus around the world limiting people heading back to work and the anticipation of OPEC increasing production,” said Sal Gilbertie, president and CIO of Teucrium Trading LLC.

This news is a total 2151 time has been read
Tags: coronavirus, Oil, Oil Weakens In Wake of Sluggish Economic Recovery