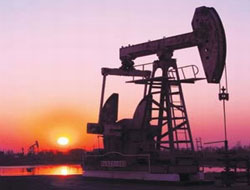 Although oil prices have tumbled by almost half since approaching $150 a barrel in July, it looks like black gold still has further to fall.

Although oil prices have tumbled by almost half since approaching $150 a barrel in July, it looks like black gold still has further to fall.

The agency said that tight credit conditions were also starting to cut into supply by slowing the investments of oil producers. The cuts come on top of ones the IEA made last month, which leave the forecast for global oil demand growth at 0.5% this year and 0.8% next year.

Lebow said he believes the Organization of Petroleum Exporting Countries will probably reduce production at their meeting in November, but he thinks oil demand will fall faster than OPEC can cut. ?It"s not clear whether the decision will have any effect on the market,? he said.

OPEC will need to revive demand. ?We now know that the global economy couldn"t really handle prices above $100 and OPEC will have to figure out a price the economy can handle,? Lebow said.

Oil prices have further to fall as the global economy and the credit market constriction wreak havoc on demand.

While Exxon"s price-to-earnings ratio is 7.8, Benchmark analyst Mark Gilman says that number, which is based on oil at $100 a barrel, is misleading. With oil at $80 a barrel, the ratio doesn"t look as good, since Exxon's earnings would decline. If crude falls to $50 a barrel, which is what Gilman predicts will occur, the ratio will climb even higher.

Gilman has a ?buy? rating on EnCana, Devon Energy Total, Royal Dutch Shell, which have more favorable valuations compared with the rest of the sector.

This news is a total 691 time has been read