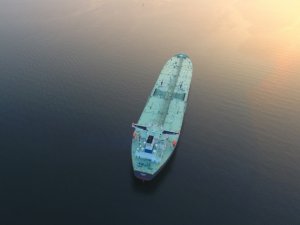 In addition to scheduled off-hire days for scrubber retrofits and lower Aframax daily spot rates, the results were also affected by an increase in financial expenses in connection with the increase in indebtedness of the company and its wholly owned subsidiaries.

The company noted the loss was partially offset by an increase in VLCC TCE revenue.

OET added that all of its Suezmax vessels are, or will be, out of dry-dock and fitted with scrubbers in anticipation of the January 1, 2020, deadline for the new IMO-mandated fuel regime.

OET’s revenues for the third quarter were USD 29.4 million, up from USD 19.6 million in the second quarter. The increase was mainly due to the delivery of four VLCC newbuildings and higher Suezmax spot rates.

The company has so far received six out of eight VLCCs as part of its newbuilding program, with the most recent delivery taking place in September this year. The newest unit, Nissos Kythnos, was delivered by South Korea’s Hyundai Heavy Industries.

OET further said that its spot market chartering strategy has been focused on short-duration fixtures in order to be able to capture the upside of improving market conditions, adding that the fourth quarter was off to a strong start.

This news is a total 555 time has been read
Tags: earnings, Okeanis Eco Tankers.