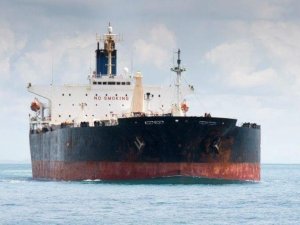 VesselsValue.com said in a report released Wednesday that the values for older tankers rose dramatically in 2015 – and for most classes, the older the better.

Leading the pack, 20-year-old Suezmaxes saw their value jump by nearly 60%, followed closely by 18-year old VLCCs at an increase of 43%.

In September, the firm had forecast a potential upside to VLCC values, noting that the tankers were trading near the historical median price despite high charter rates. The recent gains appear to validate those predictions, at least for older vessels.

At that time, VesselsValue.com CEO Richard Rivlin said that “VLCC values have not risen nearly as fast as rates as sellers are hesitant due to the high earnings they are achieving and the potential for values to keep rising. At the same time, buyers have been sceptical about how long this good market will be around due to the large numbers of newbuildings being delivered over the next 2-3 years. However, many are now starting to believe the market has legs and that there may still be some way to go. The historical data supports this as it shows that VLCC values are nearly at their historical average . . . while 2015 rates have been significantly higher.”

Separately, JP Morgan analyst Noah Parquette suggested in a research note Tuesday that investors should underweight crude shipping companies in favor of product transport. His forecast implies that owners of older crude tankers might profit by locking in high vessel prices and selling while day rates are high.

“At this point in the cycle, we believe it’s prudent to trim positions in crude tanker companies that have high crude and spot exposure, and to focus on companies with product tanker exposure,” he said, adding that “it’s downhill from here” for crude tankers despite today's high charter rates. He predicts VLCC day rates in the range of $30,000 by 2018, less than half of the spot market rate in December.

Parquette cites twin market forces for the forecast drop: the crude tanker fleet grew at about 2.5% in 2015, but he predicts that its growth rate will double over the next two years, alongside a drop in demand.

On the other hand, product tanker orders are low this year, “creating a situation in which there could be a vacuum in fleet supply growth in 2017 and 2018”, he said. He suggests that product tanker day rates will remain stable at about $20-25,000 for an LR1 through 2019.

Evercore ISI analyst Jon Chappell echoed his assessment, saying that “we believe the supply/demand balance for the product tanker market will improve meaningfully beginning in the back half of this year.”

Howe Robinson Partners analyst Stavroula Betsakou generally agrees, but adds a note of warning: “The fact that people have been ordering so many crude tankers is going to have a knock-on effect on the product tanker market, by virtue of ships moving from trading dirty to trading clean. It's going to burden the supply side even further, and perhaps cap prospects that the sector would otherwise have enjoyed.”

This news is a total 4664 time has been read