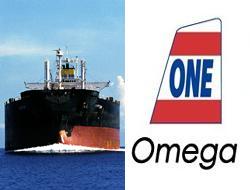 As previously announced, Omega Navigation has secured employment for the “Omega Emmanuel” under a three year time charter with ST Shipping & Transport PTE, a subsidiary of Glencore International, at a daily rate of $ 25,500, including profit sharing arrangements, pursuant to which earnings from the vessel in excess of $ 25,500 per day will be divided equally between Omega Navigation and ST Shipping. This sharing ratio will be adjusted when the vessel trades in ice conditions, so that during such trading conditions the profit sharing above the base rate of $25,500 per day between Omega Navigation and ST Shipping will be 65% and 35%, respectively.

The three year charter on the “Omega Emmanuel” will commence after three voyages from delivery from the shipyard or after vetting approvals by two oil majors have been secured, whichever is earlier and which we refer to as the initial period. During this period, the vessel will be employed by ST Shipping under a short-term time charter on the basis of commercial management. Omega Navigation has selected V. Ships as the vessel’s technical manager.

Omega Navigation has entered into time charters for 100% of the operating days of its fleet during 2007, following the completion of the initial period, and 2008 – including the “Omega Theodore” whose delivery is expected in April 2007.

This news is a total 1013 time has been read