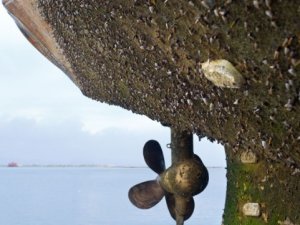 The UN-led GloFouling partnership has launched a new alliance with a group of fouling control companies to accelerate the development of hull fouling solutions.

The four firms in the new Global Industry Alliance for Marine Biosafety (GIA) will work with the GloFouling Partnerships Project -  a joint initiative between the Global Environment Facility (GEF), the United Nations Development Programme (UNDP) and IMO - in order to promote biofouling control solutions.

“This alliance is about the collective pioneering efforts by all maritime industries in undertaking the fight against invasive species and all the creativity and innovations that are being brought to the table to develop technological solutions. Forging such an alliance among the current four founding partners lays the foundations of a potentially very large global partnership among maritime industry players,” said Jose Matheickal, head of IMO’s Department for Partnerships and Projects.

“Under this new initiative, these industry champions, from different sectors, are coming together to address common challenges and move towards a more sustainable use of ocean resources," said IMO Secretary-General Kitack Lim.

The cause is important: biofouling can lead to the introduction of potentially invasive species to new environments, where they may threaten native species. Once established in a new ecosystem, invasive species are extremely difficult - if not impossible - to eradicate, and they often result in significant economic harm to fisheries and shoreside industries.

Biofouling also increases slip, forcing ships to burn more fuel to maintain speed. The new global alliance will promote solutions that would contribute to a significant reduction in the carbon footprint of the shipping industry.

This news is a total 26372 time has been read
Tags: On World Oceans Day, IMO Launches Industry Partnership on Biofouling