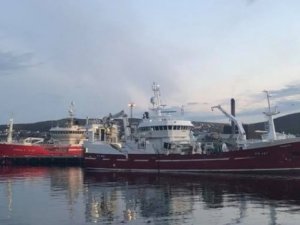 One man has died and four have been hospitalized following an undefined incident on the fishing boat Sunbeam in Fraserburgh, Scotland.

Investigators have not released information on the nature or cause of the casualty.

Emergency services received a call at 1400 hours on Tuesday reporting that three men aboard the Sunbeam were ill. Police Scotland, Scottish Fire and Rescue Service, the UK Coastguard and ambulance services all attended the response at the pier. Crewmember William Ironside, 52, was pronounced dead at the scene, and another four individuals were taken to the Aberdeen Royal Infirmary for treatment. All four survivors have since been released.

Police Scotland and the Scottish Fire and Rescue Service have not disclosed the nature of the incident, but The Times reports that first responders treated several individuals for breathing difficulties using oxygen.

"We are continuing to carry out enquiries in conjunction with other independent agencies including the Maritime and Coastguard Agency and also the Marine Accident Investigation Branch," said detective Stewart Drummond of Police Scotland. "A report will be sent to the procurator fiscal in due course as is the case with all sudden deaths."

The UK's Marine Accident Investigation Branch said in a statement Tuesday that it is sending inspectors "following an incident . . . involving a fishing vessel."

"Our thoughts are very much with the family of our shipmate and friend who tragically has been lost," said shipowner Sunbeam Fishing. "At this extremely sad time and while the investigation continues it would not be appropriate for us to comment further except to say that we are indebted to the emergency services for the exceptional assistance provided by them."

The Sunbeam is a 1300 GT trawler built in 1999 and flagged in the UK. As of Wednesday evening she remained at the pier in Fraserburgh.

This news is a total 649 time has been read
Tags: One Dead, Four Hospitalized in Fishing Boat Casualty